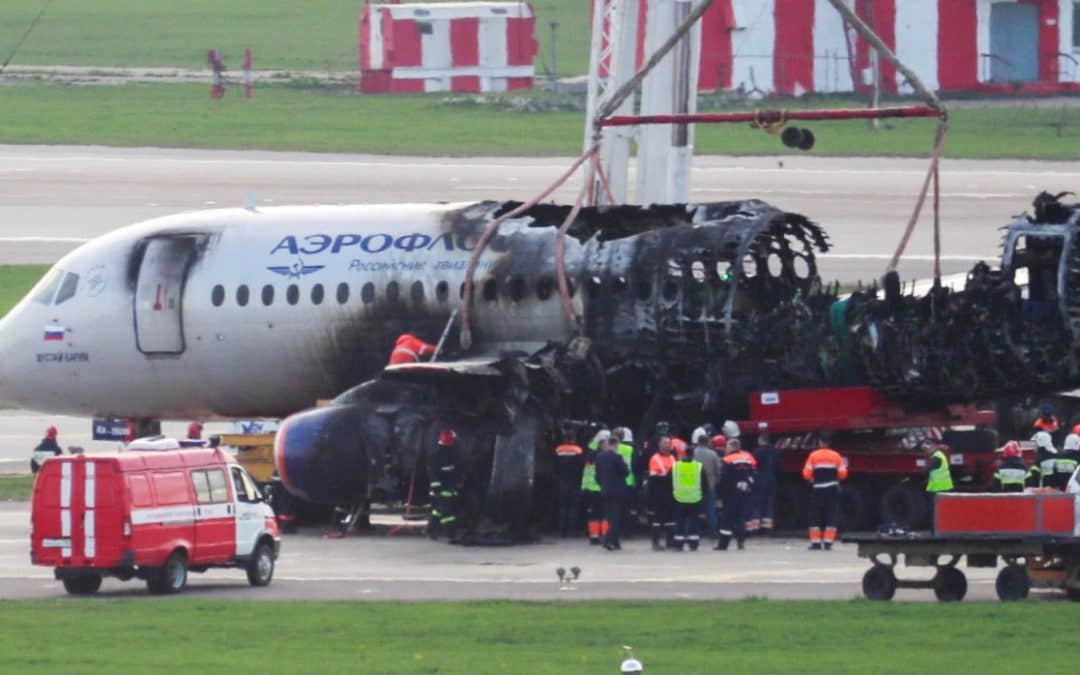 We’ve all probably heard a lot of times that plane is the safest way to travel rather than other types of transportation. However, air accidents are still a part of our reality nowadays.

Forty-one people died and eleven were injured after the emergency landing of an Aeroflot Superjet-100 in Moscow, on May 5, 2019. The aircraft caught fire during the emergency landing, the main landing gear collapsed and the engines met the runway, immediately catching fire as the Superjet-100 was still full of fuel. The initial investigation has shown that the pilots decided to turn back and land only after 30 minutes of flight, as they lost the communication with the air traffic controllers. The loss of radio communications has been attributed to the fact that the aircraft was struck by lightning.

But, how could that happen?
Could one imagine that lightnings are overlooked in the process of certifying an aircraft?

In the process of developing a System Safety Assessment of an Aircraft, some Common Cause Analysis may be performed, where the independence between functions, systems or items is proved in order to satisfy the safety requirements. There are three types of Common Cause Analysis:

◦ The Common Mode Analysis (CMA), and

In the PRA, a study to ensure that the systems are adequately protected against all foreseeable external events is conducted. The Particular Risks analysed are those events which are outside the system concern, but which cause system failure and impact airworthiness.

One of the events to be considered are lightning strikes, but others such as ice, leaking fluids, bird strikes, fire may also be included.

Once identified the hazard, lightning strikes in the case that concerns us, the following steps come behind in the PRA:

This was just a short example based on the particular incident, just to demonstrate again why RAMS analyses is so important.

Follow our RAMS Academy to get more interesting materials about RAMS engineering and aerospace industry and let us know if this was useful for you.