How to break circular logic loops in Fault Tree Analysis 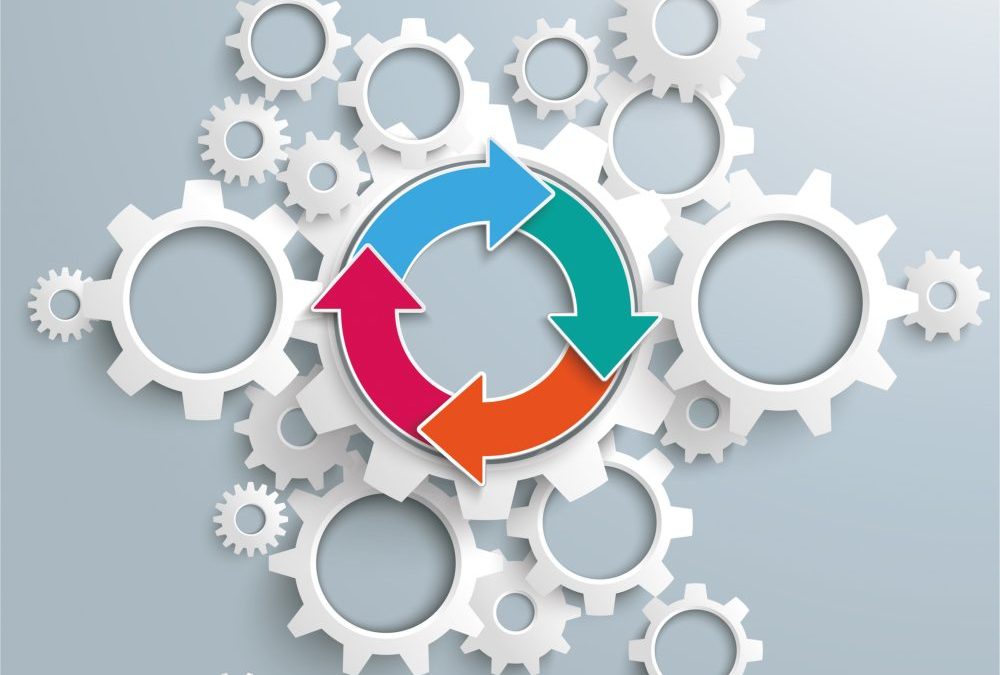 The usage of Fault Tree Analysis (FTA) is predominant as a means of compliance to verify quantitative safety objectives in the aerospace industry as, for instance, those stablished in FAR/CS 2X.1309, and mandatory to verify Catastrophic and Hazardous Failure Conditions.

The Fault tree analysis is a graphical modelling technique that analyses particular system failures (e.g. Failure conditions assessed in the FHA) connecting all its contributor causes with logical relationships, mainly AND and OR gates.

When analysing architectures containing a closed loop contribution, such as ATA 24 Electrical power system or ATA 21 Environmental control system, circular logic might appear in the Fault Trees. An illustrative example of circular logic would be a gate used as input at a lower level inside the same gate. How shall we solve a Fault Tree containing this kind of dependence?

When breaking down the Fault tree analysis we encounter an infinite loop issue as illustrated in Figure 2. 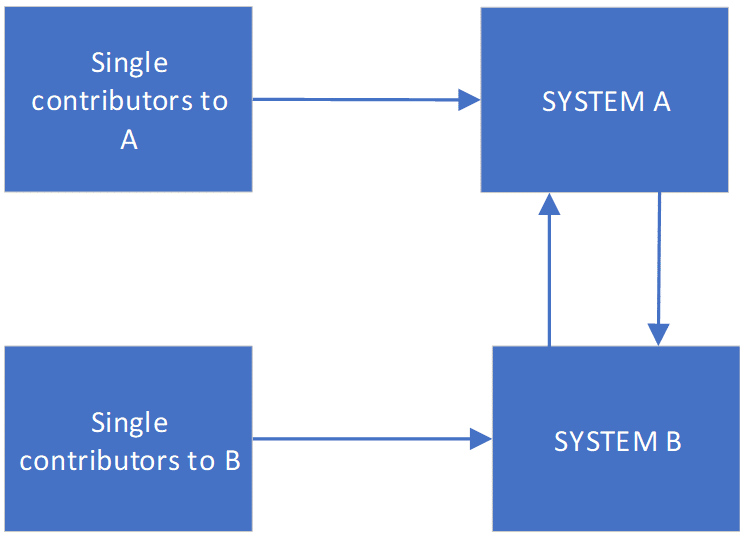 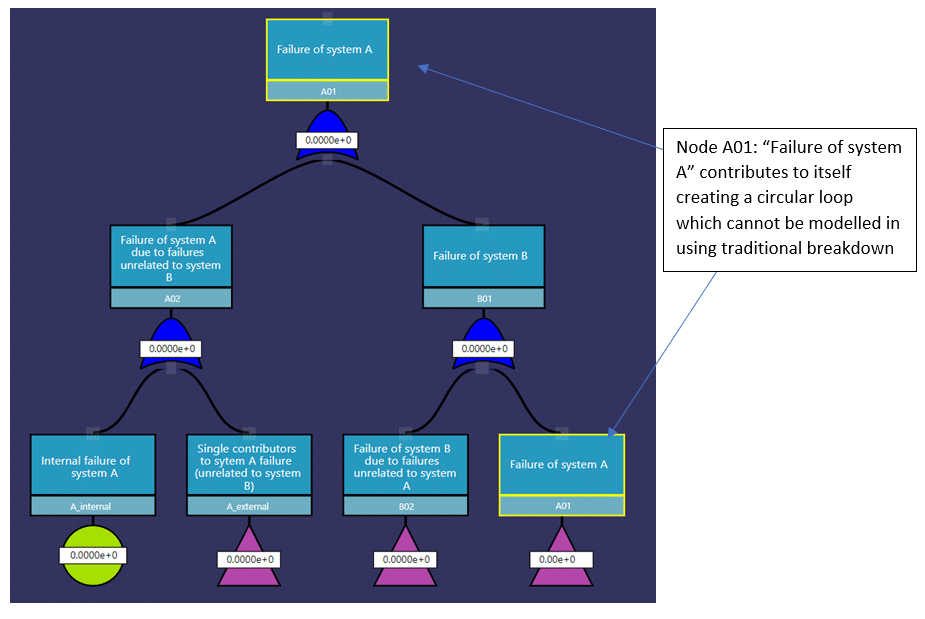 Figure 2: Fault tree representation when analysing Failure of system A

A first approach on the calculation of the top event (Failure of system A) is to remove the contribution of system A to all other systems. By removing the output of system A from the diagram as represented in Figure 3, we have a simple and correct by-pass of the closed loop when only analysing system A. 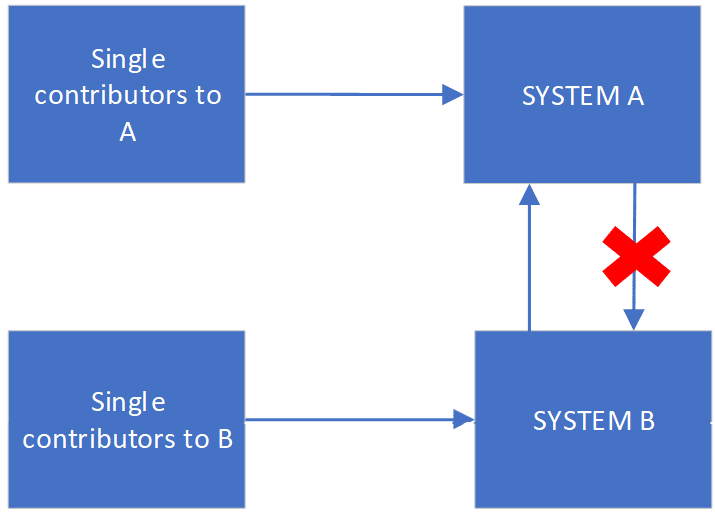 Figure 3: Functional Block Diagram of the architecture without system A output contribution) 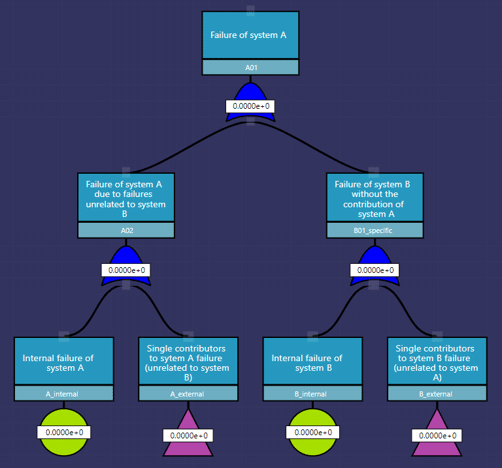 PROS: Removing the contribution of system A to system B in the diagram would be correct in the case where only system A is to be assessed. It is the simplest solution.

CONS: If we would want to analyse system B as well, we need a similar approach which requires 2 different diagrams. In the example above it would be a manageable solution but the effort to keep a consistent analysis could increase drastically on more complex systems.

A generic solution with a single equivalent diagram without loop is required.

To illustrate a broader approach to solving closed loop Fault Tree Analyses,  we are going to analyse a fictional ATA 24 subsystem, an electrical power generation system of an aircraft, whose functionality is schematized in Figure 5. 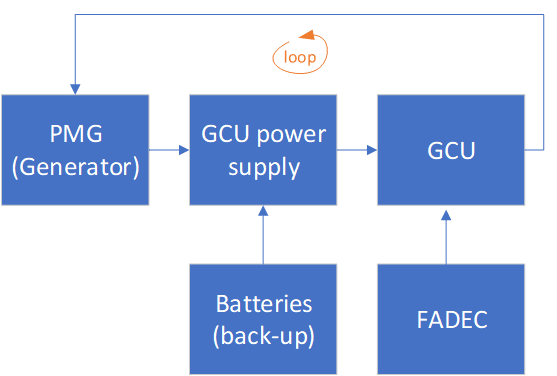 For the purpose of making an illustrative example , we are going to assess the “Loss of the Generator Control Unit” Failure Condition. If we breakdown the FC in the Fault Tree we realise that the top event must also be placed in a lower level, as seen in Figure 6.

For the purpose of the analysis we are going to analyse the assess “Loss of the Generator Control Unit” Failure condition. If we breakdown the FC in the Fault Tree we will encounter the top event in a lower level (See Figure 6). 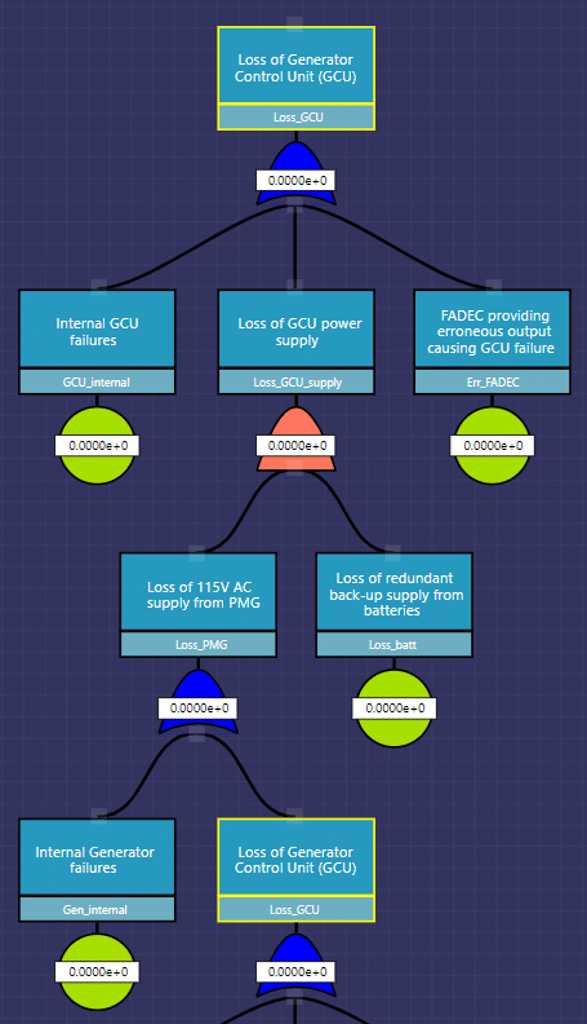 To draft a solution to break the loop, we use the same principle as in the first example (Figure 7). Removing the GCU contribution to other systems, when only analysing GCU, leads to a correct result as it still considers all the other blocks. But Loss_GCU_supply and Loss_PMG are both wrong!

To overcome the issue, an equivalent functional block diagram shown in Figure 8 is proposed.

Figure 8: FBD of ATA24 without loop

Green blocks are specific nodes where contribution of PMG is removed. The breakdown of the Fault Tree is depicted in Figure 9.

With this approach, Loss_GCU, Loss_GCU_supply and Loss_PMG are assessed with the appropriate contributions (all of the contributions of the other blocks are included in each of the nodes) therefore the nodes could be used as required in other fault trees or systems.

PROS: Solution is exact for all the nodes of the diagram.

CONS: Fault tree size could increase drastically (depending on loop size) but is mitigated by the usage of suitable software tools*.

We hope you have enjoyed this article and do not hesitate to contact us if we can help you farther with your closed loops in Fault Tree Analysis.

Call us for a trial version! 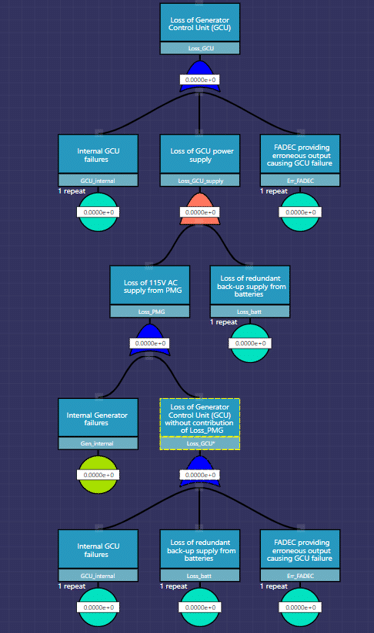