How to deal with redundancies when conducting Reliability Prediction Analysis 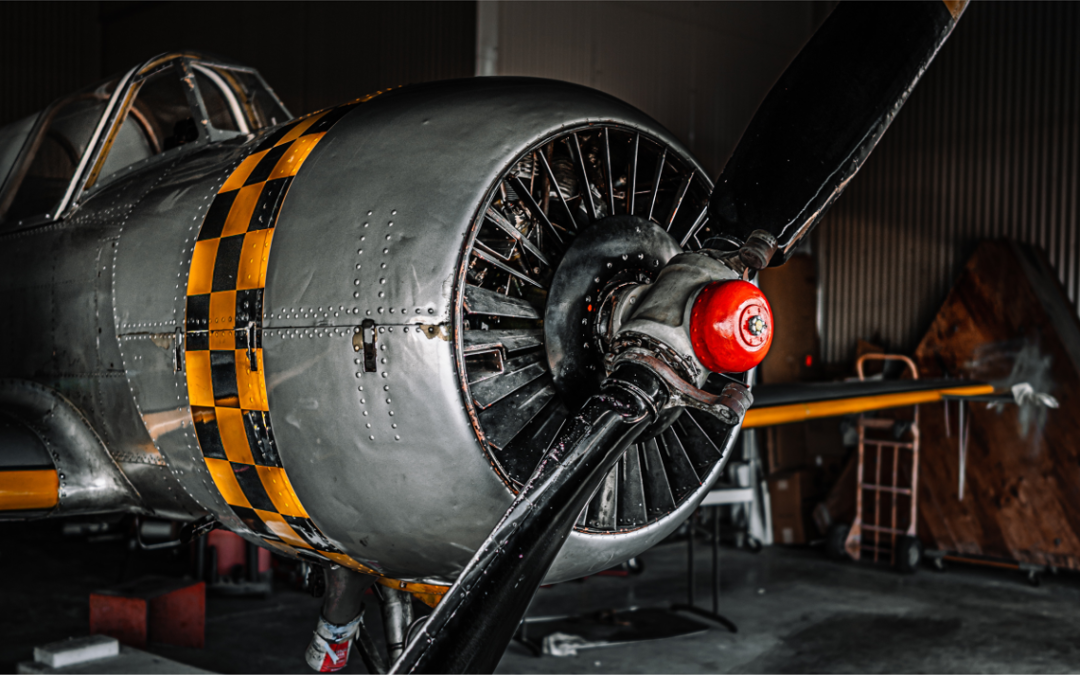 A Reliability Prediction Analysis (RPA) is a bottom-up methodology used by reliability engineers during the design phase in order to detect and eliminate reliability weaknesses in components, to allow comparison among similar systems and for the definition of quantitative reliability targets for the designers and external suppliers.

The main output of this analysis is the predicted reliability, which is calculated from the structure of the item and the reliability of its elements. This quantitative result has to be considered only as a theoretical estimate, as there are usually several uncertainties behind the analysis. For instance:

However, accoding to Alessandro Birolini, practical applications show that predicted failure rates at equipment and system level calculated by an experienced reliability engineer often agree within a factor of 2 with field data (obtained during the operational life by means of a comprehensive FRACAS system).

Which techniques allow for the prediction of system reliability?

One of the most extended techniques for the first stages of the design is the Part Count Method, which assumes that there is no redundancy on the system being analysed (also known as Series Model) and, thus, calculates the failure rate of the system by summing up the failure rates of all the components inside it. Furthermore, the failure rate of each component is obtained from field data or by considering technology, environmental, and quality factors only.

For later phases of the design, the Part Stress Method is used, which considers also several acceleration factors such as the influence of the temperature (usually following the Arrhenius Model), the operating power (for electronic equipment), or the mission profile (usually applying duty cycles) among others.

Most of the reliability prediction standards such as the MIL-HDBK-217F or the FIDES 2009A include both prediction approaches, although it is recommended to use the Part Stress Method for more accurate estimations. However, which reliability prediction standard is being applied will be irrelevant if the architecture of the system and the relation between the components is neglected. Here, it is where the concept of redundancy comes to the stage.

What is redundancy and what effect does it have on reliability calculations?

Redundancy is the presence of more than one item performing the same function. Most of the times it implies a duplication of a hardware item, e.g.: use of multiple rivets to fix a plate, although this concept expands to software as well. It is common-sense, then, that systems using redundancies should have lower failure rates than ones which do not use it. In order to represent this reliability improvement, parallel models are used, which consist of several elements in active redundancy of which x are (1 <= x < n) are necessary to perform a certain function. Then, combination of blocks in series and in parallel are used to represent the real architecture of the system. 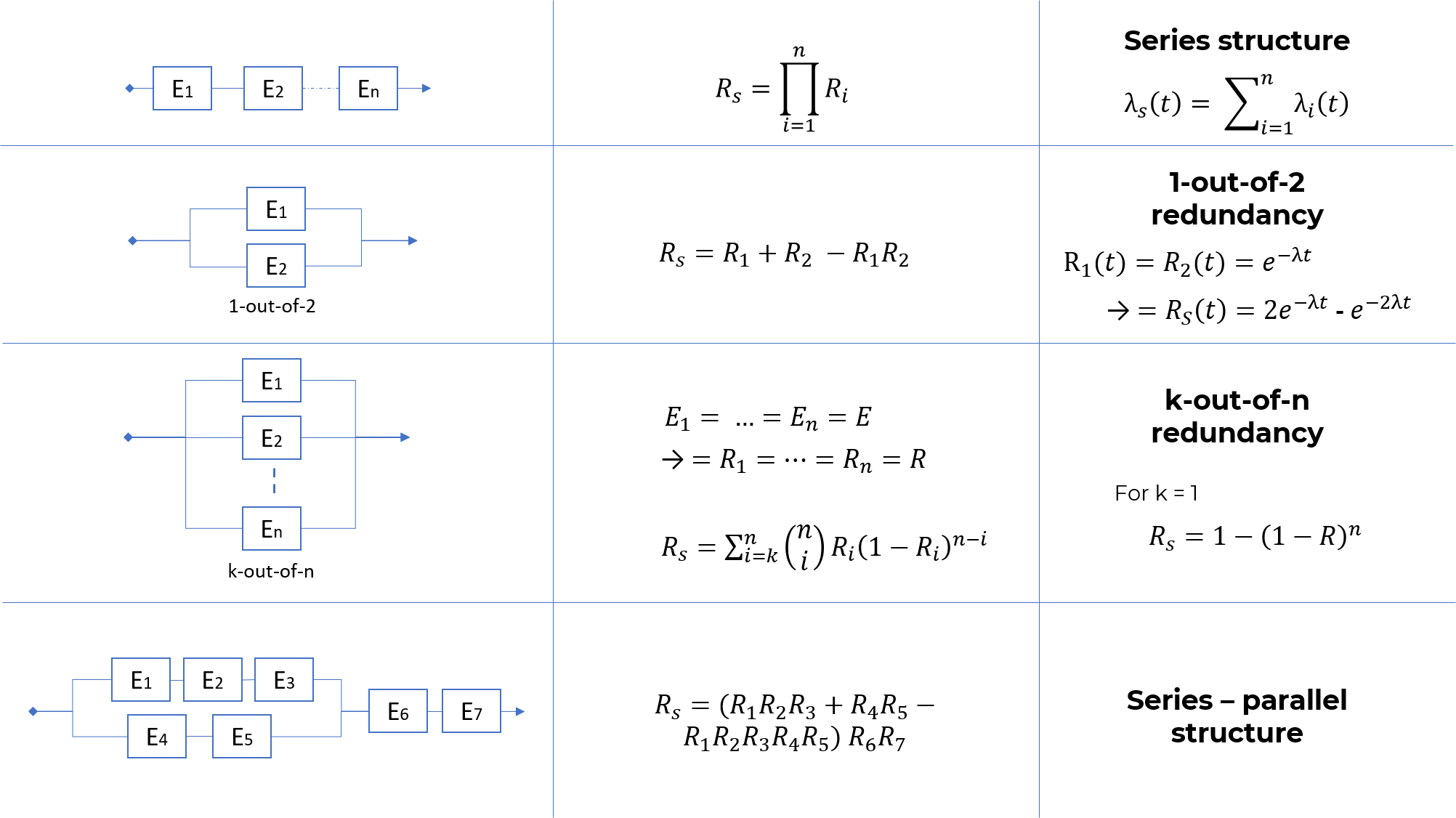 Imagine an assembly consisting of 1 plate and 5 bolts. The function of this assembly is to retain another two plates together, and to increase the effectiveness of the union, 5 bolts are used, although the union would still work if one bolt was broken. Which is the Reliability of this assembly (Plate + 5 bolts) ? 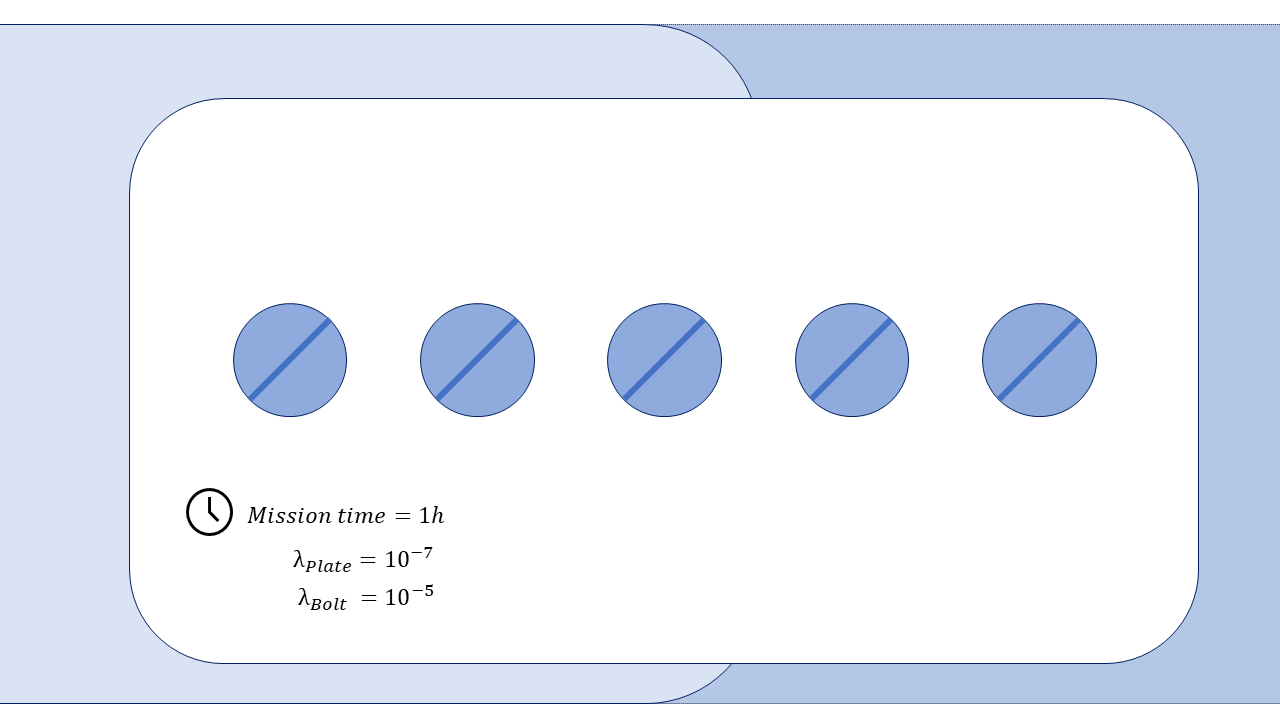 After reading the problem description, it is clear that the reliability block diagram should consist of five blocks in parallel for the bolts, where at least 4-out-of-5 shall necesessarily be performing its function, plus one block in series for the plate. This configuration implies that the system will fail to accomplish its intended function if: 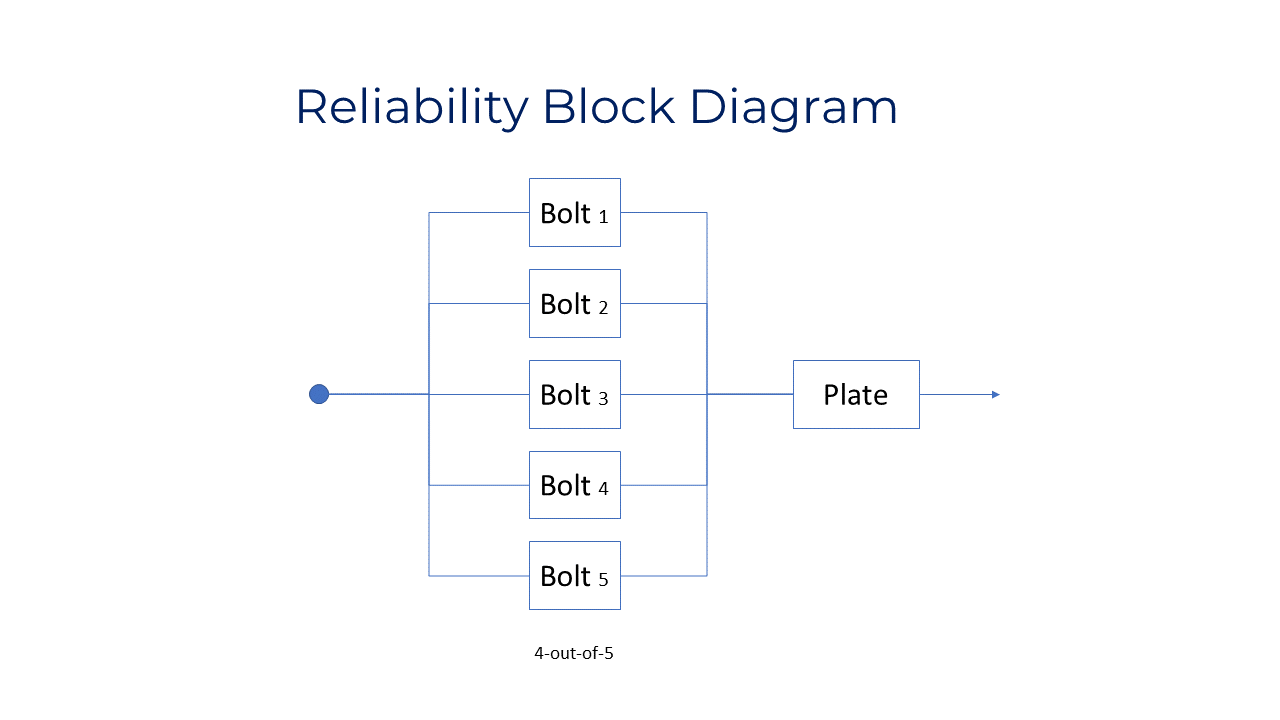 Calculation of the Predicted Reliability

Once the Reliability Block Diagram has been built, it is time to perform the calculations assuming that all items are placed in series (meaning that each an every item is required to retain the two plates together) and also considering the redundancy shown in the diagram above (which allows the failure of any bolt, but just one). 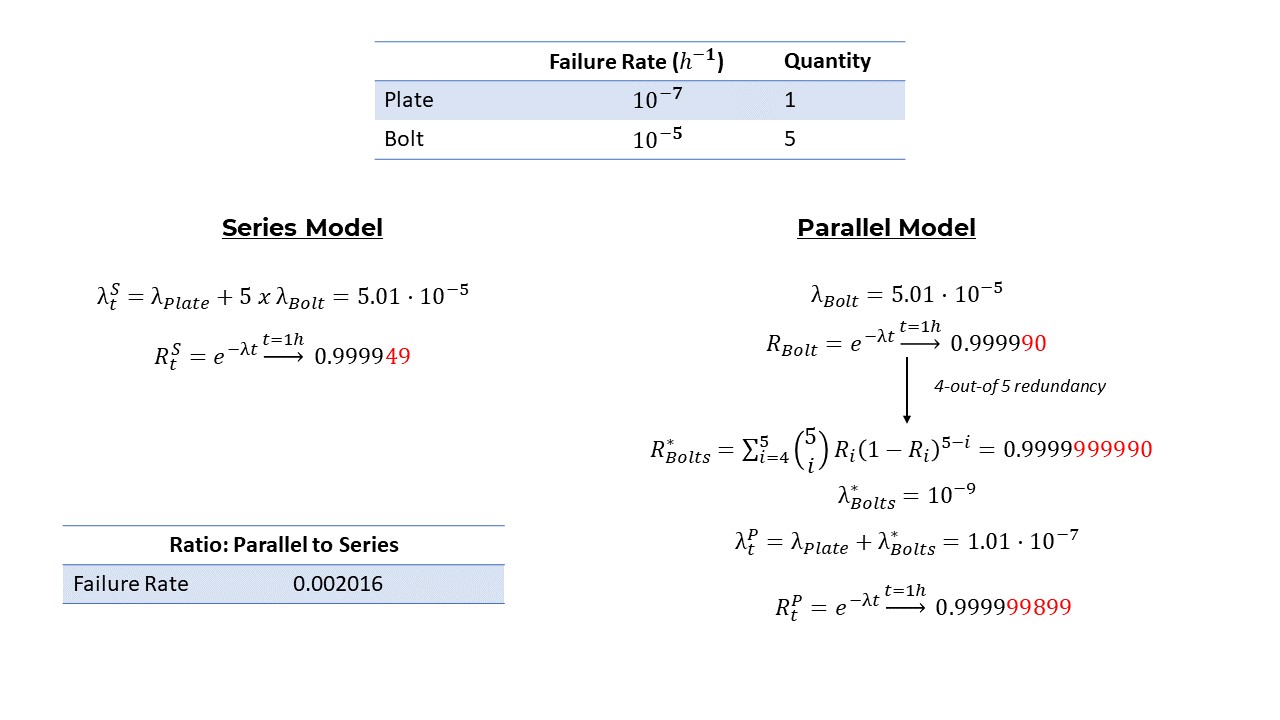 It is clear then that, no matter how many parameters are used to model the individual failure rates of an item, if no redundancies are considered and the system’s failure rate is obtained by direct summation of the failure rates of all its constituent items, it is very likely that the estimated reliability will be far from the reality. 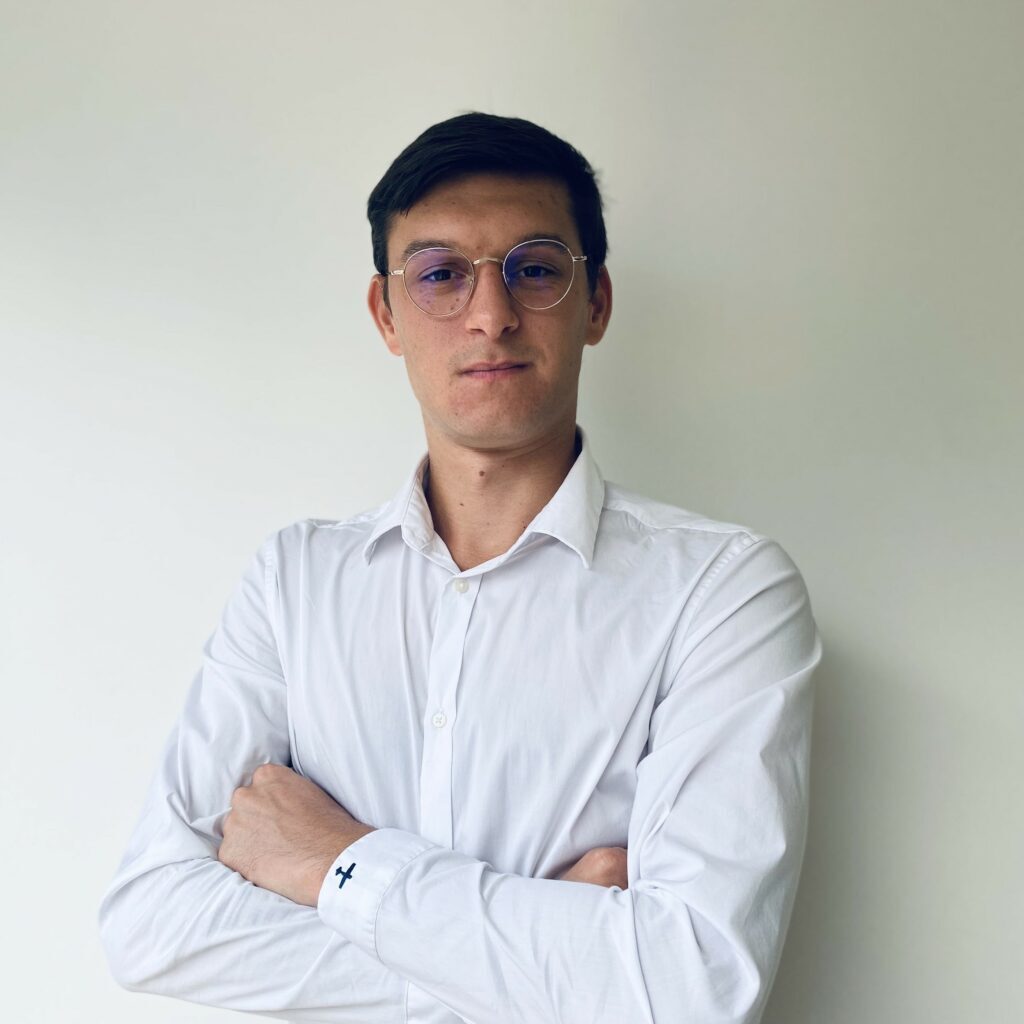 Quim Martínez has a BSc degree in Aerospace Technology and holds an MSc in Aerospace Engineering (Major in Propulsion). He is currently working at DMD Solutions focused on Reliability (FRACAS) and Safety analysis (FTA, FHA, FMEA) and providing technical support in the area of Business Acquisition.